Alkaline Water Can Help With Diabetes And Arteritis Obliterans 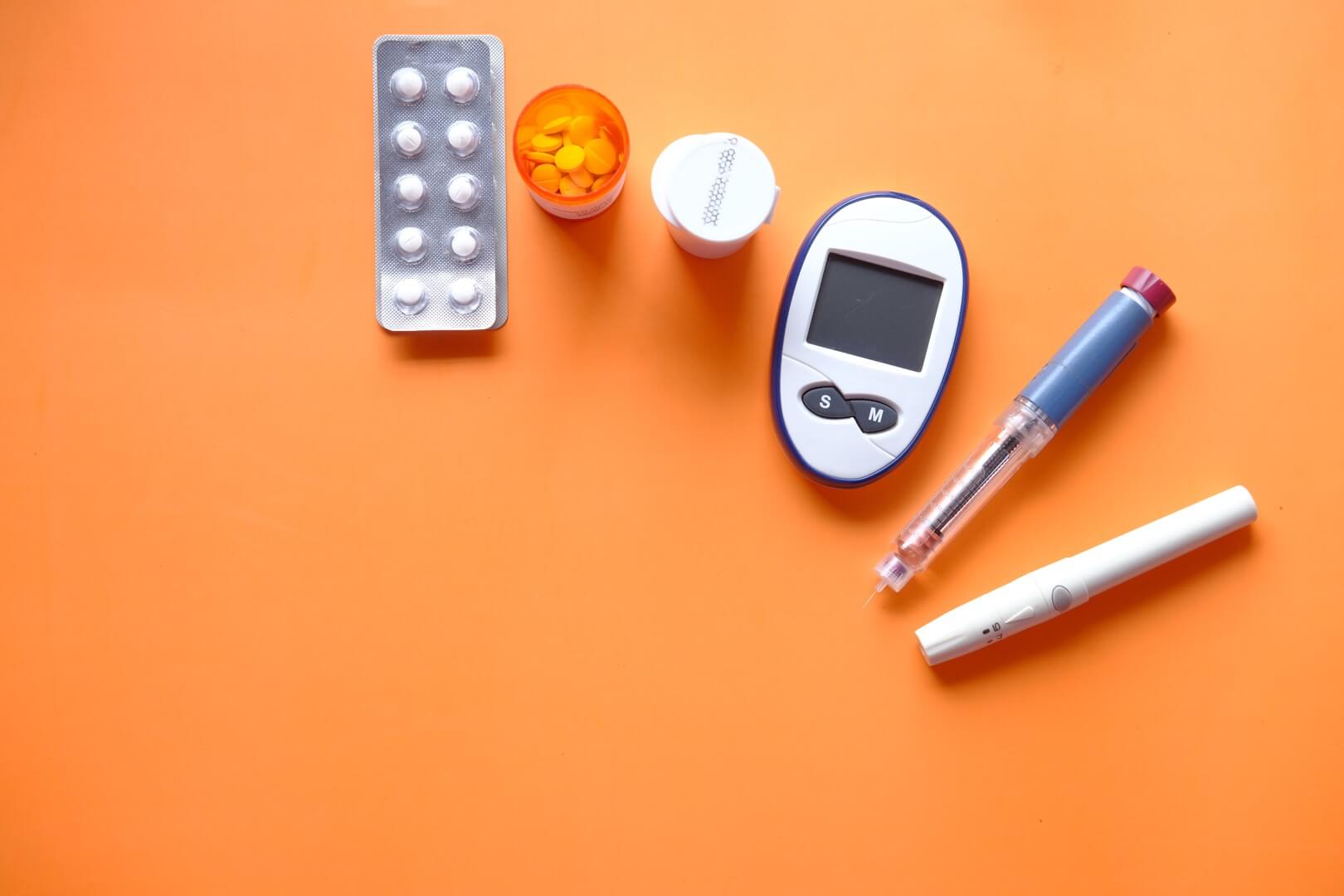 One leg saved from amputation caused by arteritis

Recently, one of our customers was kind enough to share with us how alkaline water helped him get rid of a big problem.

Below is the story of Mr. Alexandru Bîzdîc told by himself, which we publish with his consent. I kept his story, adding only a few subtitles and accents to make it easier to read.

I’ll start with the end: Mr. Bîzdîc escaped the amputation of his second leg by drinking alkaline water.

Sounds incredible? I’ll let you read the story below.

“I am writing these lines both for my friends on Facebook and for the multitude of patients who suffer from diabetes and implicitly from obliterating arteritis, and who, sooner or later, reach stents mounted in the coronary, iliac, subclavian arteries, or worse, at the amputation of the lower limbs.

I retired in 2002 after a heart attack and since then the troubles (medical problems) have continued.

The effects of diabetes on blood vessels

Due to the insulin-deficient diabetes detected in the ’90s, in the period 2002-2005 I had 3 surgeries (for both of my feet) by which my arteries were replaced (due to massive atheroma deposits) with femoral-popliteal vascular prostheses (by-passes), on the right leg twice.

In 2011 the bypass of the right leg began to close (by atheroma deposition) which brought the stenosis of the arteries below the knee (tibial and peroneal) closer to 100%. Having major problems with coronary arteries, the doctors refused to change my right leg bypass (it would have been the third time) and recommended that I take a daily infusion of “vasaprostan” (an expensive drug and which was distributed through CNAS with special approval), for 30 days, the procedure being considered (then) as a means of saving the foot from amputation.

In my case this procedure (vasaprostan infusions) proved to have the effect of rubbing with “Galenica” on an acacia leg. As the number of infusions increased, the pain in the sole of the foot grew greater and the foot was always cold.

I informed my doctor several times about the evolution of the disease (unbearable pain and cold leg) but not only did he not notice me but he did not even take a strain on my leg. For understandable reasons, I won’t give his name.

After 20 days of infusions, one morning after I woke up, I saw that my toes were black and suppurating. I had gangrene.

I went to Bucharest and was admitted to the University Emergency Hospital at the vascular surgery clinic.

The last solution – amputation of the right leg

On December 6, 2011, my toes were amputated on my right foot. Because gangrene continued, on December 9, I underwent a new metatarsal amputation and my vascular prosthesis was replaced with a saphenous vein harvested from the amputated leg.

On December 12, I had a heart attack and was admitted to intensive care. On December 15, I had a cardiac arrest and was intubated … I was intubated for several days in a state of unconsciousness, during which time my lungs were aspirated several times a day.

After being discharged from intensive care I was admitted to cardiology and after a while I started coughing harder and harder. I was treated for bronchitis until I was discharged from the hospital.

The cough continued after discharge and eventually I arrived again in the emergency room in Constanța, at the ENT department, where it was found that due to the aspiration maneuvers from intensive care, after cardiac arrest, my trachea was injured, which led to the appearance of an outgrowth that eventually almost blocked my trachea.

I underwent emergency surgery (post-intubation tracheostomy) and the operation was to put a plastic cannula under Adam’s apple through which I was breathing. Leg surgery has never been cured.

In June 2013, 5 stents were implanted in my coronary arteries at Fundeni Hospital.

In September 2013 (unlucky year) the amputated leg pain started again, being forced to accept a new amputation this time above the knee.

Eventually, in September, I had three successive amputations of my right leg.

After the third amputation, I went home with half of the strands from the stump unscathed and my foot swaying in the amputation area. After another month of treatment at home, a nurse managed to heal my abutment.

After 3 years, the left leg has the same problems

Starting with the spring of last year, my left leg, which I have had a femur-popliteal prosthesis since 2004 (they are guaranteed for 5-6 years), started to hurt and swell, the situation getting worse at the beginning of 2017, with all the medicines, the ointments and massages (including lymphatic) that have been given to me and done all this time.

Finally, the cardiologist who did the Doppler exam, probably to encourage me, told me that in 2-3 weeks I will reach the amputation of my left leg and showed me where to amputate it…

The unexpected solution comes from a friend – Alkaline Water

I have a good friend and colleague from the ninth grade of high school, the energy engineer GÎDEA-SĂNDUȚU VERGICĂ from Filiași to whom I told about my trouble and that in a short time I will lose my left leg also by amputation.

Very relaxed in conversation and nonchalantly he told me that I don’t have to worry that no one will amputate my leg and that he will solve my problem.

I replied that it was a misplaced joke that at least made me sad, so as not to tell him anything else.

He explained to me that it was not a joke, that he could not afford to make jokes with me in the given situation and asked me if I had heard anything about IONIZED ALKALINE WATER.

I told him that I don’t know what it is and that I don’t think there is a drug in the world (of which we should be aware, stupidity) that can dissolve atheromas on the arteries, … much less WATER, no matter what it is called – crow, sanctified or ionized alkaline.

Realizing that he had no tangible arguments to convince me, he told me that this water does absolutely no harm to the body by consuming it and that he sends me water starting the next day, having previously bought an ionizer for the production of this water.

He calmly told me that, in my situation, I have two possibilities, namely:

– first, to wait for the arterial blood circulation in the leg to close permanently and to reach gangrene and amputation;

– second, to drink at least 5 liters of alkaline ionized water daily, the water that will melt the atheromas on my arteries, the blood circulation returning to normal, and to save my leg.

I chose the second option knowing that it is terribly difficult to live without a leg and to force yourself daily so that your disability does not stress those around you …. Without both legs, I think it is not worth the pain thinking that for those close to me, I would have become an ordeal (I don’t know if I’m wrong in thinking so).

I started drinking ionized alkaline water, sent by my friend, in the first days 3 liters and then, easily, I drank 5-6 liters a day.

The effects of ionized alkaline water in obliterating arteritis

Until then, the foot was, from the knees down, cold and white, and the pain and burns, especially at night, were unbearable; I ended up taking 3-4 ketone pills a night.

After 2 weeks of drinking ionized alkaline water, the pain and burns diminished and in a few days they disappeared completely. After 3 weeks, the foot warmed up and has remained so until now.

On March 17, I went to a private clinic in Constanța and I had (for the amount of 800 lei, CNAS funds not allocated until then) an angio CT examination of the arteries in the pelvis and lower limbs which showed:

– amputation of the right thigh;

In the meantime, I was scheduled for hospitalization at the University Emergency Hospital of Bucharest and on May 12, 2017, I had arteriography that showed that the aorta and iliac axis are permeable, femoropopliteal bypass is permeable and the leg trunk is permeable.

Arteriography is an invasive investigation of the arteries and remains the most significant in the analysis of blood circulation, measurements, and images being made from inside the arteries.

Wellnessist note: the two tests mentioned above (CT scan and arteriography) show that the blood vessels that were previously closed in a proportion of up to 98% have now become permeable between 30-50%, so the blood can circulate again. Thus, the gangrene that seemed inevitable did not occur. The leg was saved from amputation.

I can’t put into words what I felt when the doctor who did my investigation recorded her voice as a result of viewing the monitor that showed the arteriography. It seems that never in my life has a word as trivial as “PERMEABLE” had such a valuable meaning.

It seems that the sun also appeared on my street, which I wish for you too!

If you want to document yourself and see that ionized alkaline water seems to be the universal medicine, you can find hundreds of sites about it and its benefits.

In the meantime, I bought my water ionizer!

I wish you all the best!”

I reproduced Mr. Bîzdîc’s words almost exactly. His enthusiasm, given the seriousness of the problem he solved by drinking alkaline water, is well-earned. Alkaline water is not a universal panacea, but it really supports the optimal functioning of the body and can help a lot in solving health problems. If you want to enjoy the benefits of alkaline water, choose the best water ionizer for you from our store.

Stay in the loop with everything you need to know

Why to choose an Alkaviva water ionizer

How to choose a water ionizer

How I detoxified my liver this spring

Alkaline, antioxidant water at your tap
See all Water Ionizer