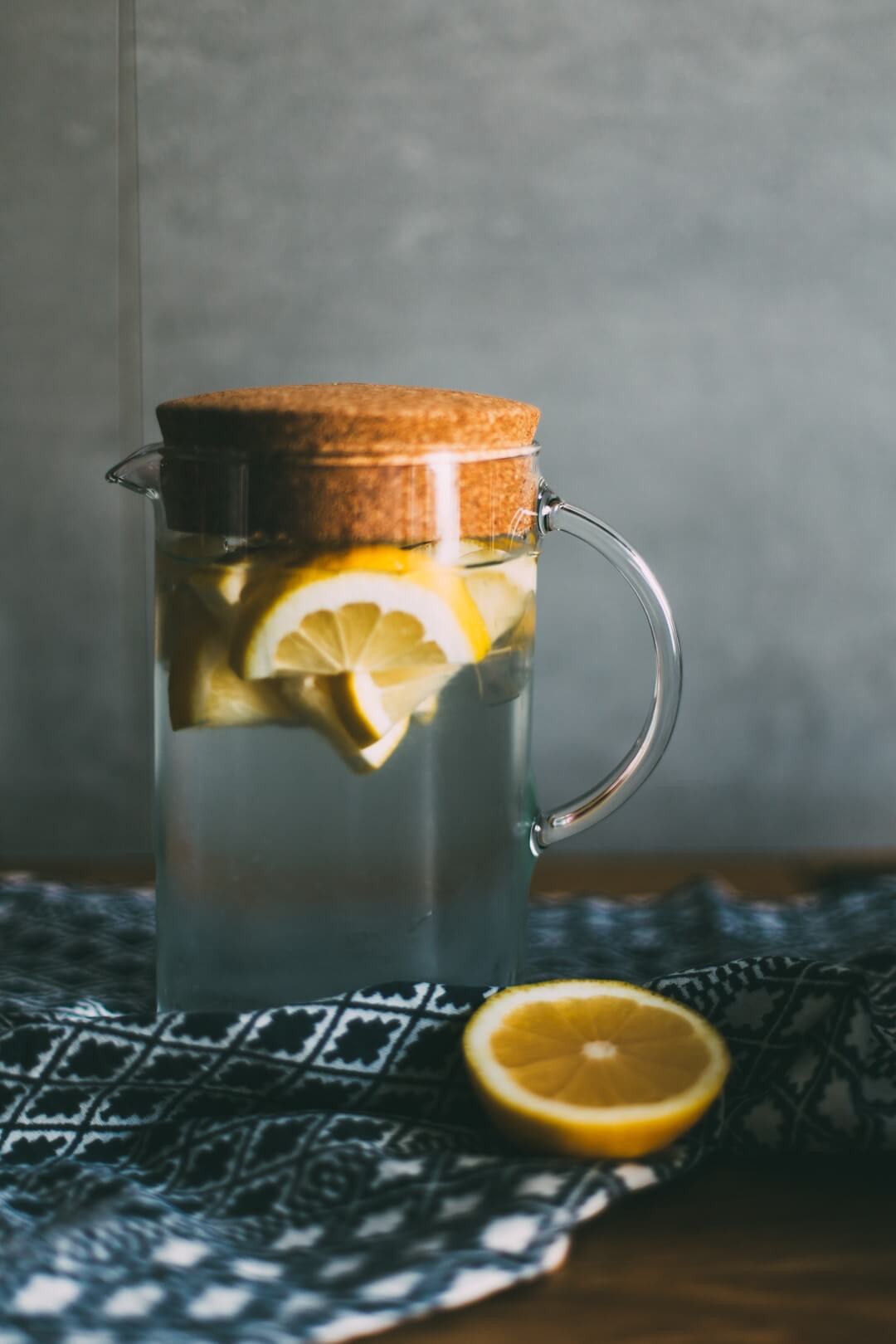 Buying a water ionizer is a serious investment that will change your life. Unfortunately, for many this is a difficult process. There are so many alternatives. So much head-to-head information, and so much exaggerated publicity.

To all this is now added another option that you need to consider: the hydrogen generator. Unfortunately, there is already misinformation and over-advertising around these devices. This makes your task, which was already difficult, even more difficult.

Because Alkaviva imports and offers both water ionizers and hydrogen generators, we can compare the two technologies objectively. This article will help clarify the benefits of both types of devices, dismantle some of the exaggerated or erroneous information, and make it easier for you to make the right decision.

Proponents of hydrogen generators make everything sound complex and new, but this type of membrane has been around for some time. It is widely used by researchers in the automotive industry who want to obtain electricity from hydrogen. Hydrogen generators work the other way around: they use electricity to create hydrogen. Leaving aside the technical terms, things are pretty simple.

One difference of the new technology is that it does not depend on the alkaline mineral content of tap water to create hydrogen. Another difference is that the new generators create hydrogen without increasing the pH, which means that the device creates water with hydrogen but without creating alkaline water.

Even though our Ionpia H2 hydrogen generator consistently produces high concentrations of molecular hydrogen (H2) on a variety of water sources, on many water sources and a traditional water ionizer (especially the new advanced H2 series from Alkaviva) it performs just as well. In addition, water ionizers give you other benefits in addition to producing hydrogen water.

First of all, the water must be clean

The increased number of contaminants in tap water is not new. Alkaviva has spent years perfecting its patented US-made UltraWater filtration technology. UltraWater filters reduce most contaminants in mains water, including those that are most difficult to remove, by 99.9%, as evidenced by tests performed in independent laboratories certified by the EPA (US Environmental Protection Agency).

Some hydrogen generators, such as the Ionpia H2 model from Alkaviva, have a dual filtration system consisting of a block-type carbon filter and a 0.01 micron membrane filter. This filtration system provides a good removal of chlorine and other contaminants that activated carbon removes, a good reduction of microorganisms due to the 0.10 micron membrane, but will remove little of other types of contaminants.

You can order the Ionpia H2 hydrogen generator together with an optional external UltraWater filter. That means you can have the purest hydrogen water. Other hydrogen generators do not provide satisfactory solutions for this important aspect of health and safety which is water filtration.

An interesting benefit of the water ionizer is that during the ionization process, the levels of fluorine and chemical compounds such as nitrates, phosphates and cyanides are much lower because they are attracted to acidic water. Alkaviva has results from tests done at the University of Nevada in Reno that prove this benefit.

Are minerals deposited or not?

A justified reproach to some models of water ionizers is that in areas with hard water on the electrodes minerals can be deposited, which quickly reduces the concentration of hydrogen (H2) generated close to zero. This is especially true for older technology ionizers that clean the electrodes only at certain intervals, or require manual cleaning with citric acid at short intervals.

AlkaViva introduced the patented DARC authorization technology in 2006. It cleans the electrodes each time the device is used while it is operating. Over the years, it has been proven repeatedly that our ionizers do NOT accumulate mineral deposits in the electrolysis chamber. Equally important is the fact that we have created for the first time a range of technologies that prevent the accumulation of salt deposition before and after the electrolysis chamber, even in areas with very hard water.

The promoters of the new hydrogen generators claim that mineral deposits never appear in their devices due to the nano-filtration membrane (placed after the first two filters) which would remove the minerals that can be deposited. We believe that nano-filtering is effective. They describe an unclear process in which the minerals that can be deposited are removed from the water, then reintroduced into the water again in another part of the process.

Based on the data we have and our expertise, we wonder how the concept of “returning minerals to water” will work after years of operation. You can expect to deposit in the device anyway, before and after the nano-filtration membrane. That’s why we recommend solutions to prevent mineral deposition to protect your hydrogen generator. Simply put, if you use hard water in any appliance, mineral deposits will appear. You want to protect your device against damage caused by it.

How much molecular hydrogen (H2) does it produce?

The vast majority of research done over the past 30 years on the benefits of ionized alkaline water has been done on water produced by an electric water ionizer.

Millions of people who have been drinking ionized alkaline water for the past 35-40 years have reported a variety of positive health effects, and researchers have certified many of them. These proven beneficial results have also led to the classification of water ionizers as medical devices in Japan and Korea.

Some research suggests that elevated levels of dissolved H2 in water have greater therapeutic effects in certain diseases. Different models of water ionizers differ greatly in their ability to produce H2. Some produce negligible amounts (0.1 – 0.2 ppm), while others (such as those in the Alkaviva H2 series) produce molecular hydrogen to near saturation (around 1.2 ppm).

In water ionizers, high concentrations of H2 usually occur in water with high pH, ​​which some people do not like. If this happens to you, add a little lemon juice.

Vesta H2 is perhaps the only ionizer on the market that offers you the best of both worlds: an excellent level of molecular hydrogen (H2), at a lower pH level, where the water tastes good.

We appreciate the fact that hydrogen generators do a good job (at least in the beginning) in producing very good concentrations of molecular hydrogen. But there are new devices. They still don’t have a 35-year history of consumer use. In addition, there is still no direct comparison made by researchers to show whether the effects of water with hydrogen that has a neutral pH are as good as those of ionized alkaline water.

Molecular hydrogen generators cannot change the pH of water. Water ionizers can increase or decrease the pH of the water and thus create modified water in several ways, such as:

In some circles the notion of structured water is now considered pseudo-science even by those who promoted it in the past. They are based only on the interpretation of a single authority in hydrogen water which denies the possibility that research has not yet proven or unanimously and definitively refuted the claims regarding the structure of water.

In connection with this, we prefer to accept that, in the evolution of all sciences, many new things can and will be discovered. For example, 5 years ago Dr. Gerald Pollack’s theory of water exclusion was an assumption and had not yet been proven. Now it is a proven fact. Therefore, we consider that no definitive conclusion has been reached in the research on water structure.

Published research on alkaline mineral waters and the pH balance in the human body is promising (4,5) and supports the hypothesis that needs further research that the pH of ionized alkaline water may have the same effects. The benefits of hydroxyl ion for alkalizing the body have not yet been fully determined, as the correct questions have not yet been asked in research.

Even so, millions of people believe that alkaline ionized water has helped them improve a wide range of health problems, brought them increased energy, mental clarity and endurance, helped them maintain a proper pH in the body and improved well-being in general. Is it just a placebo effect? The results reported are too many, too consistent and stretch for too long, so we believe it is not the placebo effect.

Water ionizers do more than produce molecular hydrogen (H2) water for drinking. They create different types of water, with different functions. They also produce alkaline water but also acidic water. Many users use only strongly acidic or strongly alkaline water for cleaning and disinfecting the house, saving substantial amounts and reducing the amount of chemicals used.

You deserve to be calm

Hydrogen generators are new in technology. The companies that sell them are just as new. So far. Only Alkaviva gives you the certainty of a 13-year history of sales and service of the most advanced and advanced water ionizers, which in turn have a history of 35 years.

Now we also offer you the premium hydrogen generator Ionpia H2. Both our ionizers and our generators give you the safety and certainty of UltraWater filtering.

Only AlkaViva recommends and can offer you tested and proven solutions for testing water quality and treating it before ionization, plus filtration that removes 99% of contaminants. These things are very important. Unfortunately, our industry is full of online stores that claim that their product is the best, but offer nothing more than carbon filters. More unpleasantly, some of these providers disappear leaving customers without exchange or service filters.

Whether you choose the new Ionpia H2 hydrogen generator or one of the Alkaviva H2 series water ionizers, you will get a contaminant-free water, with a very good taste, with an excellent level of dissolved molecular hydrogen (H2).

Which of the two options you choose – hydrogen generator from Alkaviva or water ionizer from Alkaviva – you can’t go wrong, both are excellent options. In addition, you have the peace of mind that you can rely on a company with a solid history behind it.

Stay in the loop with everything you need to know

Why to choose an Alkaviva water ionizer

How to choose a water ionizer

How I detoxified my liver this spring

Alkaline, antioxidant water at your tap
See all Water Ionizer